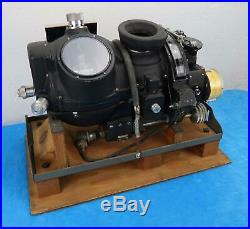 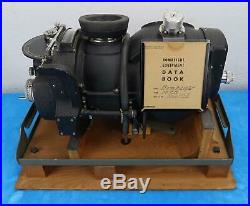 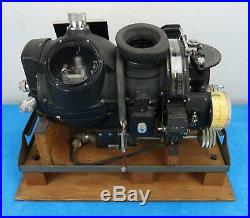 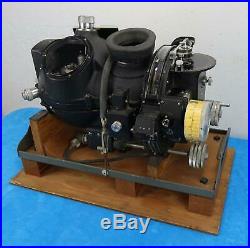 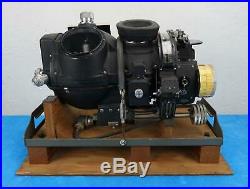 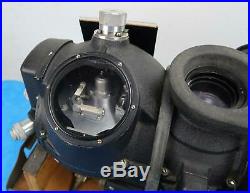 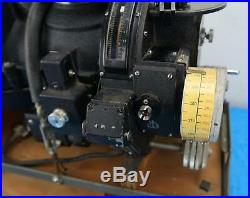 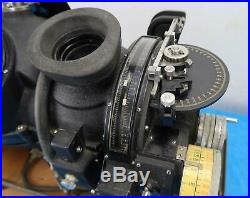 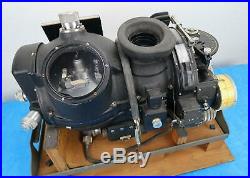 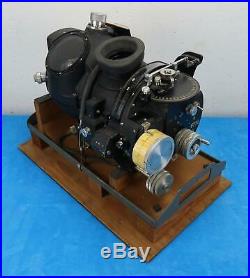 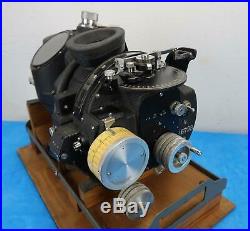 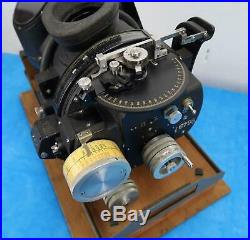 WW2 US Army Air Force Corp USAF B17 Bomber Norden aviation M9 NAVY Bombsight. With the original MATCHING SERIAL NUMBERS data book. Still attached to the original metal carry tray and wooden crate bottom. All components move freely and are 100% fully functional. In an uncleaned state. The most iconic piece of the entire war and available for your collection. The Norden was a bombsight used by the United States Army Air Forces(USAAF) and the United States Navy during World War II, and the United States Air Forcein the Korean and the Vietnam Wars. It was the canonical tachometric design, a system that allowed it to directly measure the aircraft’s ground speed and direction, which older bombsights could only estimate with lengthy in-flight procedures. The Norden further improved on older designs by using an analog computer that constantly calculated the bomb’s impact point based on current flight conditions, and an autopilot that let it react quickly and accurately to changes in the wind or other effects. Together, these features seemed to promise unprecedented accuracy in day bombing from high altitudes; in peacetime testing the Norden demonstrated a circular error probable (CEP)[a] of 75 feet (23 m), an astonishing performance for the era. This accuracy would allow direct attacks on ships, factories, and other point targets. Both the Navy and the USAAF saw this as a means to achieve war aims through high-altitude bombing; for instance, destroying an invasion fleet by air long before it could reach US shores. To achieve these aims, the Norden was granted the utmost secrecy well into the war, and was part of a then-unprecedented production effort on the same scale as the Manhattan Project. Ranked 46th among United States corporations in the value of World War II military production contracts. In practice it was not possible to achieve the expected accuracy in combat conditions, with the average CEP in 1943 of 370 metres (1,200 ft) being similar to Allied and German results. Both the Navy and Air Forces had to give up on the idea of pinpoint attacks during the war. The Navy turned to dive bombing and skip bombing to attack ships, while the Air Forces developed the lead bomber concept to improve accuracy, while adopting area bombing techniques by ever larger groups of aircraft. Nevertheless, the Norden’s reputation as a pin-point device lived on, due in no small part to Norden’s own advertising of the device after secrecy was reduced late in the war. The Norden saw some use in the post-World War II era, especially during the Korean War. Post-war use was greatly reduced due to the introduction of radar-based systems, but the need for accurate daytime attacks kept it in service for some time. The last combat use of the Norden was in the US Navy’s VO-67squadron, which used them to drop sensors onto the Ho Chi Minh Trail as late as 1967. The Norden remains one of the best-known bombsights of all time. A bomb does not fall in a straight line from a moving plane. It follows a parabolic trajectory as the various forces of physics–speed, gravity, and inertia–carry it on its long journey to the ground. The bombsight computed all these factors to guide the bomb to its target. It used a series of gears, gyroscopes, and ball bearings that the bombardier would look through over a target. By inputting the sped and altitude, the bombsight could calculate the trajectory of a bomb. The bombardier even controlled the flight of the plane through the site during the time over the target. I never grade my items as mint, even though may be. If for any reason you require additional photos, please do not hesitate to ask. View My Other Items For Sale. Get images that make Supersized seem small. Tailor your auctions with Auctiva’s. Track Page Views With. Auctiva’s FREE Counter. The item “WW2 US Army Air Force Corp USAF B17 Bomber Norden aviation M9 NAVY Bombsight” is in sale since Thursday, April 18, 2019. This item is in the category “Collectibles\Militaria\WW II (1939-45)\Original Period Items\United States\Field Gear, Equipment”. The seller is “william_kramer” and is located in Naperville, Illinois. This item can be shipped worldwide.